With a definition of the fact of two things being seen or placed close together with contrasting effect, the theme this week for WordPress’s photo challenge is juxtaposition.

My response takes us to the National Mall in Washington, D.C., on America’s Independence Day. On the Fourth of July (the 2013 version), the Smithsonian Institution was hosting its annual Folklife Festival. This is a yearly gathering where the Smithsonian picks (usually) an international culture, an American culture, and a government agency to highlight.

In 2013, the global culture the Folklife Festival shone its spotlight on was Hungary. I don’t know where this picture fits in the Hungarian culture, but one of the items showcased on the National Mall was this gigantic dog made out of stacked (and painted) planks of wood. 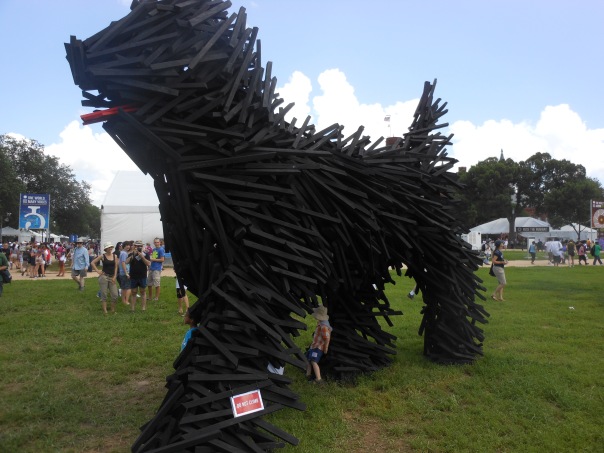 I guess one could also compare and contrast a Hungarian symbol being showcased on an American landmark on Independence Day, but the picture above doesn’t quite show that. This one does, though… 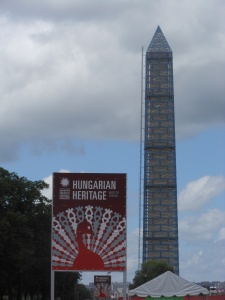 Wherever you’re from, hope you enjoy.

This post will finish up my trilogy of posts (here and here) dealing with my July 2012 visit to the capital city of the United States of America.

The website “Where’s My Backpack?” has the weekly photographic challenge theme of liquid. I have no pictures of standing water, rushing rivers, or majestic falls, but I do have this snap.

At the end of the challenge, the creator of “Where’s My Backpack?” has the following quote by English writer G.K. Chesterton…

And when it rains on your parade, look up rather than down. Without the rain, there would be no rainbow.

In that colorful vein, I give you the following rainbow spanning the Potomac River… 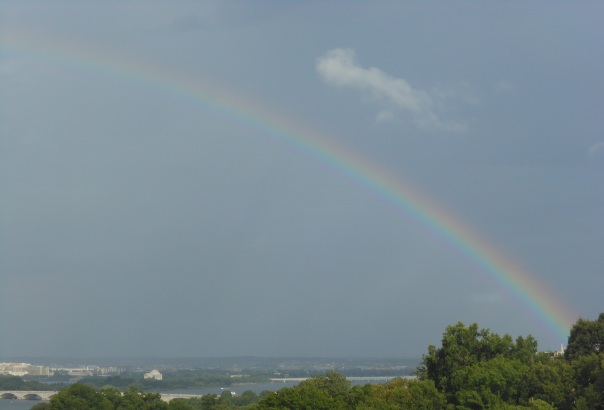 I’ll come back to my Peruvian locale in my next posts.

Tying together previous posts of mine concerning a visit to the Smithsonian Institution National Museum of Natural History (see here) and my fascination with the animated television show Phineas and Ferb (see here), I give you this visual gem from my July visit to that wondeful museum that sits on the National Mall.

If you are familiar with the show Phineas and Ferb then please join with me and say together, “Oh, there you are, Perry!” 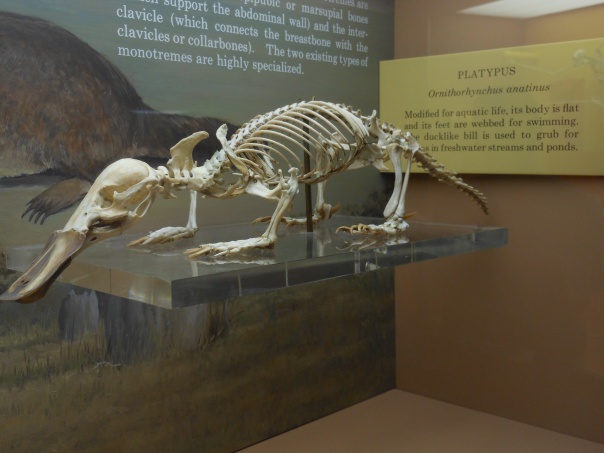 He’s a semi-aquatic mammal of action

Following on the heels of a post I did concerning a series of photographs at Perufloral 2012, I wanted to share this other exercise in street photography that I created while I was on vacation back in the United States.

Our location today is the Smithsonian Institution National Museum of Natural History located on the National Mall. Yes, I understand that, technically, I am not engaging in street photography as I used my camera in a museum, but I hope that you will grant me some leeway.

Rather than walk around the museum snapping photos as I moved (which I did do, but that’s a post for another time), I stayed in one spot to see what would come into my viewfinder. To make it even more interesting to me, I decided to use one of the artifacts as a frame. Let’s meet our frame, a rai stone located on the lowest floor of the museum. 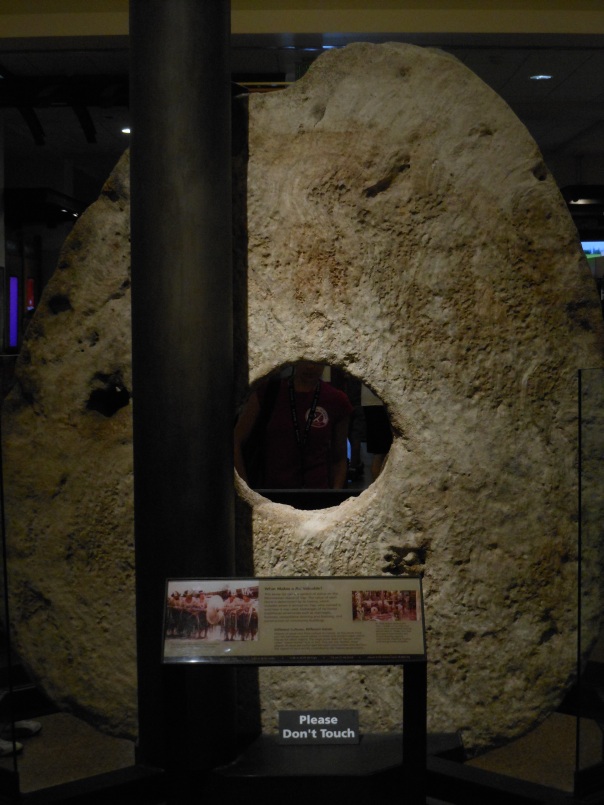 And now, the photos… 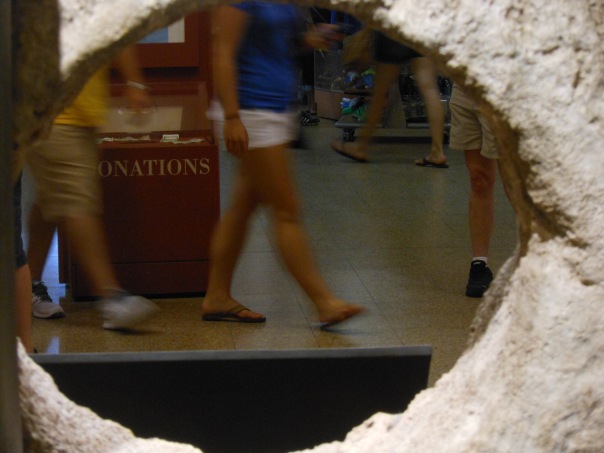 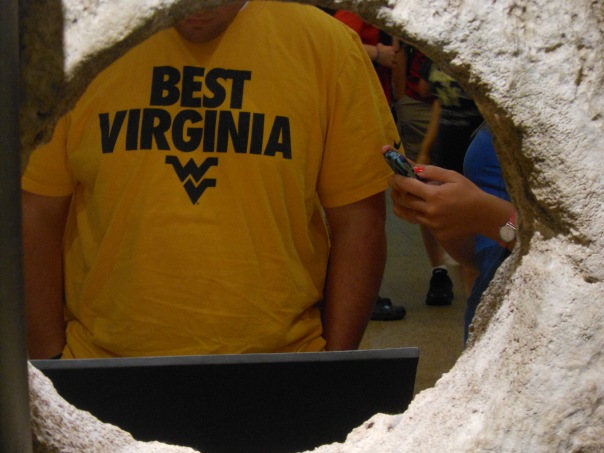 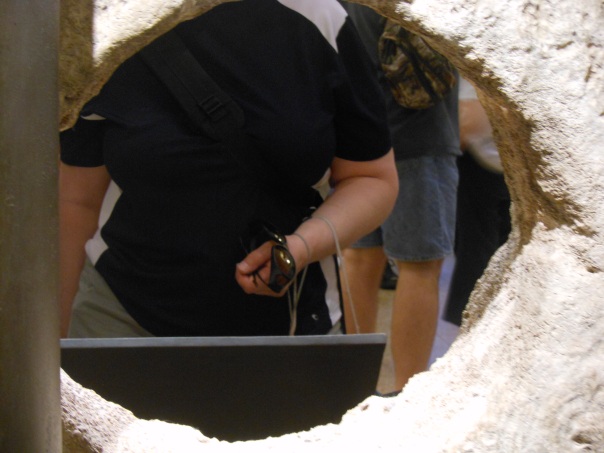 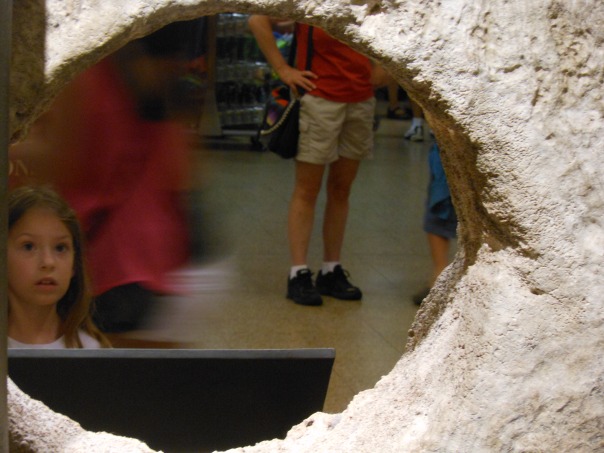 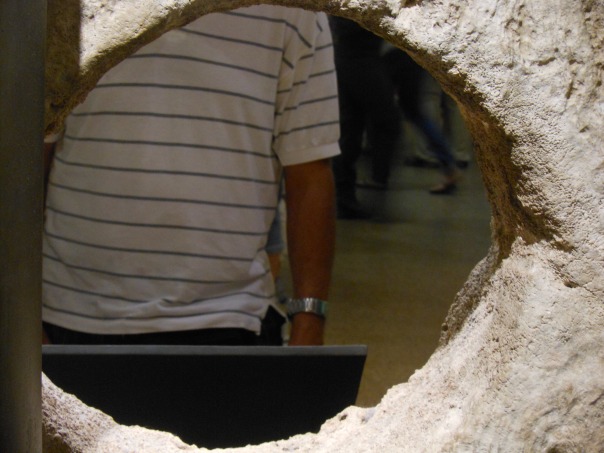 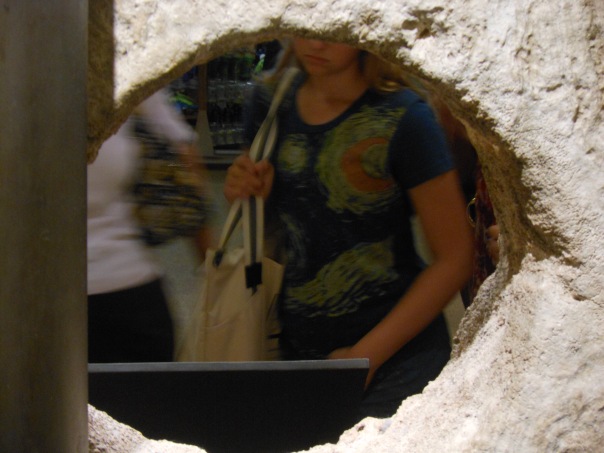 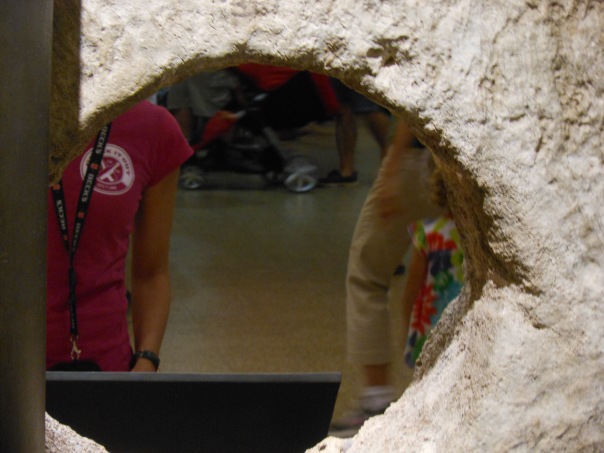 Finally, just in case you wanted to know what a rai actually is… 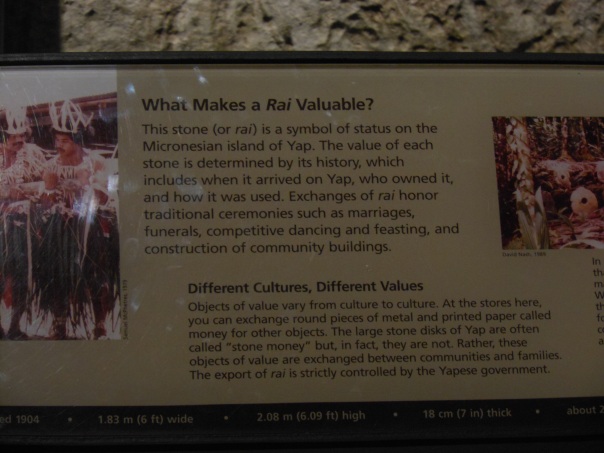 Today, July 28, marks Peruvian Independence Day and it is the first day of two that is a national celebration called Fiestas Patrias. This day celebrates the 1821 proclamation by Jose de San Martin of this country’s independence from Spain.

Since the family and I were in the States at the start of this month, we were able to celebrate Independence Day in the United States in the Washington, D.C. area and we were able to wish a big happy 235th birthday to the U. S. of A. on the day it declared its independence.

That’s a first for me when I can celebrate two Independence Days in a month.

Since variety is the spice of life and it’s always good to do some comparison shopping, we tried a new grocery store today. In addition, in typical bloggy fashion, I took a picture of it (see below). 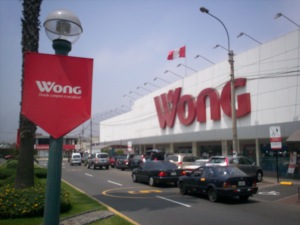 And they call it Wong

This store was slightly different from our first experience at a grocery store. Wong appeared to have a wider selection of products than our first store including some products commonly found in the States such as Wishbone salad dressing, Kellogg’s Frosted Flakes (although this blog posting notes that Tony the Tiger has a bit of a different look about him), and Kraft’s macaroni and cheese.

However, with greater options comes a greater price as it appears that the prices here at Wong were slightly higher than our first grocery store.

There is one other difference between this new store we were in and all the other grocery stores. It apparently is a custom among the local high school students to go through a rite of initiation during their senior year. Before their last set of finals, these seniors must run through a pair of grocery stores and purchase six packs of any product from the “Casino” line of cookies and snacks. There are a fair number of casinos in Lima and the thought among the seniors is that the “Casino” brand of cookies carries with it the good luck that people hope to find in the casinos.

What is interesting is that for this rite of initiation to be considered successful, the seniors will run through any other store such as Plaza Vea, Tottus or Vivenda, but they will completely and utterly avoid running into Wong.

Because, as everyone knows…

(Show of hands…how many saw that pun coming by the second paragraph?)